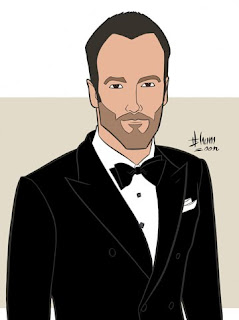 I saw "A Single Man" tonight. It's written and directed by Tom Ford, based on a book by Christopher Isherwood and stars Colin Firth and Julianne Moore. It's about a professor in the early 1960s who loses his longtime partner and contemplates suicide. Tom Ford is not only a great fashion designer, but he also has chops as a filmmaker. Check out his film.
Posted by Howard Shum at 3:19 AM