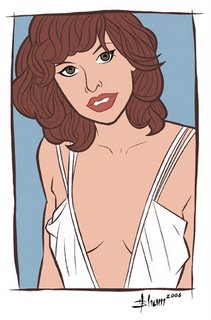 Here's a drawing I did of Milla Jovovich.
Posted by Howard Shum at 2:27 AM 7 comments: 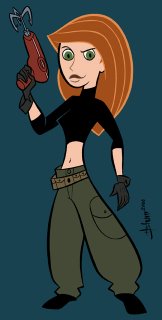 Here's a drawing I did of Kim Possible.
Posted by Howard Shum at 6:34 PM 3 comments: 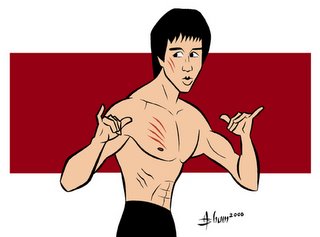 This is a drawing I did of Bruce Lee from Enter the Dragon.
Posted by Howard Shum at 3:31 AM 2 comments: 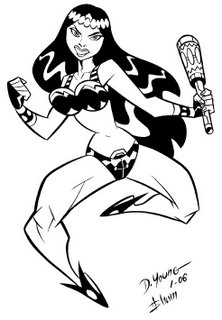 Here's a Big Barda drawing penciled by Darryl Young and inked by me.
Posted by Howard Shum at 3:37 AM 6 comments:

Yes, it’s time for the much coveted Howard M. Shum awards. You see all these Hollywood studios and people taking out ads in places such as Variety and the Hollywood Reporter trying to sway my vote, but I cannot be bought. Only the truly good will win.

Best film released theatrically in 2004, but I didn’t see until 2005 on cable (tie) - Spartan by David Mamet. What a brilliant film that got no attention when it came out. The President’s daughter is missing and if I tell you anything else, it would be giving too much away. Mamet never telegraphs his moves. This thriller is smart and exciting. Val Kilmer and Derek Luke give great performances. Mamet’s dialogue, as always, is remarkable and sharp.

Before Sunset by Richard Linklater. I never saw the movie that preceded this one (Before Sunrise), but I never felt lost. It’s a clever film about two people who meet again after a brief fling they had ten years ago. It takes place in real-time and is basically just conversation. Big kudos to the actors Ethan Hawke and Julie Delpy. I felt they were honest in their acting and writing. Both these movies are better than any 2005 theatrically released film.

Best Fall/Winter 2005 collection - Dior Couture. I don’t think all fashion is art, but there are a few designers whose work I think fall into that honored place. John Galliano is one of them. Besides beautiful women’s clothes he always puts on fascinating runway shows. Lately he has toned down his shows a bit (probably because he is listening too much to his critics -- which he shouldn’t), but his creativity is back with his Fall/Winter 2005 Dior Couture line.

Best Screenplay - Crash by Paul Haggis & Robert Moresco. It’s good to know that one can go from writing Diff’rent Strokes and The Facts of Life to writing powerful movies such as Million Dollar Baby and Crash. If you see Crash as a realistic portrayal of the world then you may find it unbelievable. But if you view it as hyperrealistic or a fable then you will find a dramatic and emotional take on race relations.

Best Fighter - Floyd Mayweather. With spectacular victories over Arturo Gatti and Sharmba Mitchell in 2005, Mayweather shows he earned the pound-for-pound title.
Posted by Howard Shum at 4:05 AM No comments: 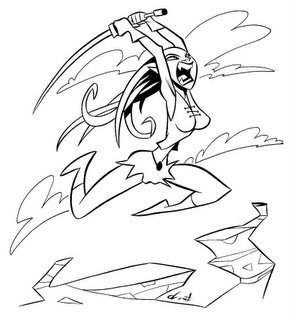 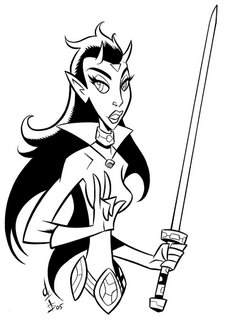 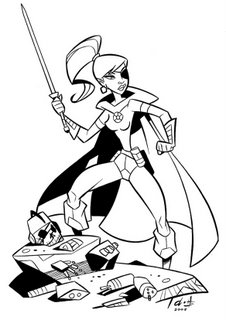 Happy New Year! Here are more Jedi Girls that Darryl and I did in the summer of 2005.
Posted by Howard Shum at 1:40 AM 4 comments: