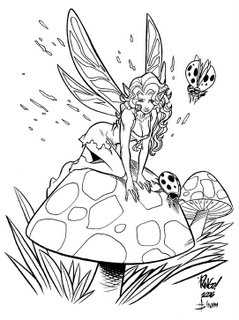 Here are my inks over Mike Wieringo's pencils of his Tellos faerie character.
Posted by Howard Shum at 2:13 AM 2 comments: 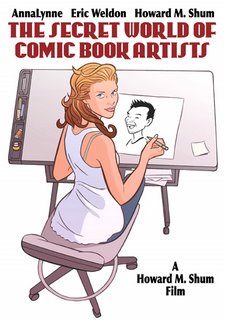 I recently finished a rough cut to a feature film that I wrote and directed. It's a comedy titled "The Secret World of Comic Book Artists" and stars AnnaLynne (Transporter 2) and Eric Weldon (The Tyra Banks Show). Two comic book artists and a beautiful girl attempt to meet a seemingly insurmountable art deadline. In the process they ruminate about life, love, religion and why there aren't any young guys named "Dick."

We are taking the film on the film festival circuit. Here's a poster for the film that is penciled and colored by Herval and inked by me.

You can check out a trailer and clips here:

I have also uploaded a trailer and clips of the movie on YouTube:

Two Girls and a Rabbit 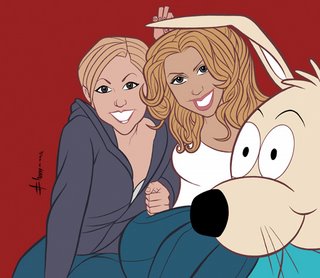 Here's a drawing I did of two super talented girls that I know. One of them is whacky.
Posted by Howard Shum at 1:59 AM 2 comments: