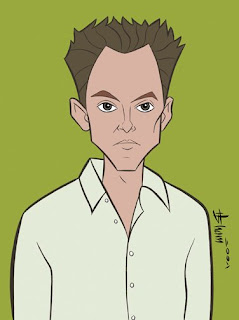 Everyone can relax and the world can achieve utopia now that I have revealed the best of 2008.

Best Film - “In Bruges” Written and directed by Martin McDonagh. Great writing with clever dialogue, set in a place I’ve never seen before in cinema, brilliant acting, and stuff happening that I can’t predict, these are the elements for the best film of 2008.

Director - Danny Boyle, “Slumdog Millionaire” I like how Danny Boyle doesn’t repeat himself with the different type of movies in his oeuvre. He is great at showing energy and excitement in this film.

Actor - Frank Langella, “Frost/Nixon” In most accounts of Nixon, he is portrayed as almost evil incarnate. In “Frost/Nixon,” Langella shows that Nixon was a deeply flawed man who made a bunch of bad decisions.

Supporting Actress - Vera Farmiga, “Nothing But the Truth” She’s a good actress. She doesn’t even need dialogue to convey emotion which not a lot of actors can do.

Cinematographer - Anthony Dod Mantle “Slumdog Millionaire” This movie is beautifully shot and it looks lush. More amazing is that it’s mostly on digital.

Screenwriter - Martin McDonagh, “In Bruges” I hope Martin changes his mind about waiting a few years to make his next film.

Butt-kicking - Manny Pacquiao over Oscar De La Hoya. The Golden Boy had no defense over Manny. In the seventh round, his hands were up and Manny still effortlessly went through them and repeated tagged him. Manny hurt him so bad, he wouldn’t come out of his corner in between rounds. I would have put the Joe Calzaghe - Roy Jones Jr. fight as a tie, but I must say Roy lost it a long time ago. It sad to see a guy I once looked up get whupped like that. At one point in the third round, Calzaghe dropped his arms in the middle of the ring just waiting for Roy to do something and sadly he couldn’t, except get a butt-whupping.

Television Show - “Lost” I wonder if people who work on other TV shows feel sad that their show isn’t as good or cool as “Lost.” The drawing here is of Michael Emerson as Ben.

New Musical Act - (tie) The Ting Tings. I dig their sound. Leona Lewis - There is no one in current pop music who has a lovelier voice than hers.
Posted by Howard Shum at 2:59 AM 4 comments: 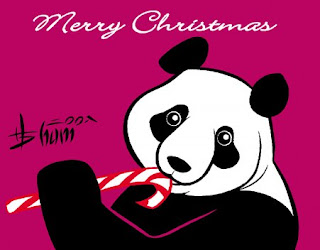 Happy Holidays and Merry Christmas, everyone!
Posted by Howard Shum at 2:50 AM 1 comment:

Look at My Thing 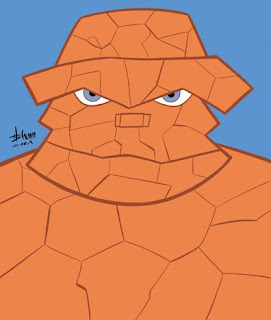 I did a Thing commission not too long ago. I added these colors digitally after the fact.

Looking for a good movie to see in theaters? Go see "Nothing but the Truth" which is cleverly written and directed by Rod Lurie. It has brilliant performances by Kate Beckinsale, Vera Farmiga, and Matt Dillon. A reporter outs a CIA agent in a news story and goes to jail when she won't reveal her source. This film could have easily fallen into cliche and predictability, but thankfully does not. The writing is smart and the characters are complex. Don't miss it.
Posted by Howard Shum at 4:47 PM 2 comments: 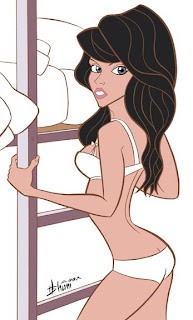 Here's a drawing I did of Megan Fox. I would like to see her act in something written by me in the near future.
Posted by Howard Shum at 3:38 AM 10 comments: 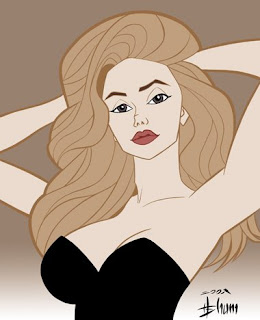 Here's a drawing I did of Scarlett based on a couple of photos.
Posted by Howard Shum at 3:39 AM 8 comments: