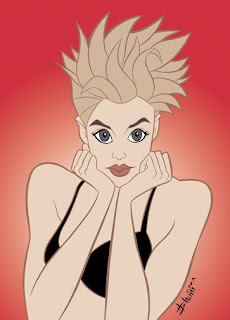 Here's a drawing of model Agyness Deyn that I did based on a photo. It kind of reminds me of Milla from Hyperkinetic.
Posted by Howard Shum at 2:27 AM 5 comments: 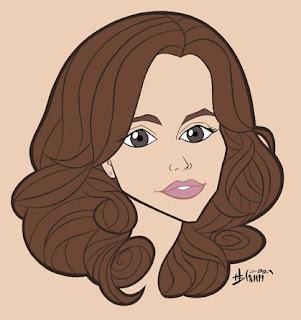 The fall movie season is starting off well with “The Lucky Ones” directed by Neil Burger and written by Neil Burger and Dirk Wittenborn. It stars and is brilliantly acted by Rachel McAdams, Tim Robbins, and Michael Pena. It’s about three U.S. soldiers who get injured in Iraq and are back home in America on a 30-day leave. They end up on a road trip together and encounter an America that has become foreign to them. Along the way they have to resolve issues in their personal lives. Despite the way I’m describing the movie, it’s actually pretty funny, especially Rachel McAdams’ character. This is a role actresses would kill to play, but these cleverly written characters are seldom written for women to portray. McAdams steps up to the plate and delivers an Academy Award worthy performance. Being a Purdue grad, I especially like this movie continuing the filmic tradition (started by “Breaking Away”) of showing people who go to Indiana University as being stupid jerks. If you like great writing and acting, go watch this film.

Here’s a drawing I did of Rachel McAdams.
Posted by Howard Shum at 8:54 PM 5 comments: 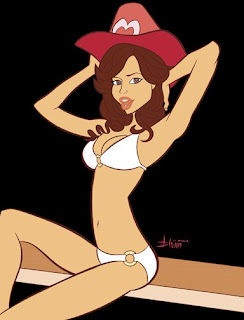 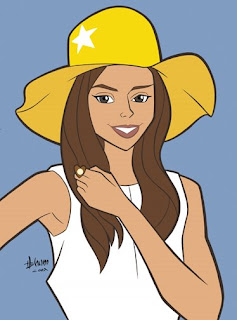 Here's a drawing I did of model Coco Rocha.
Posted by Howard Shum at 3:26 AM No comments: 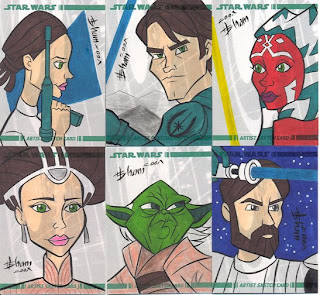 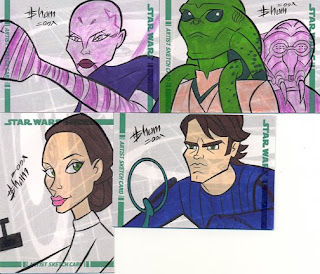 I did sketch cards for Topps' Star Wars: The Clone Wars set. These are the ten that I got back. If you're interested in buying one, send me an e-mail at howard_shum(at)yahoo.com.
Posted by Howard Shum at 2:50 AM 1 comment:

Adriana Lima and The Ting Tings 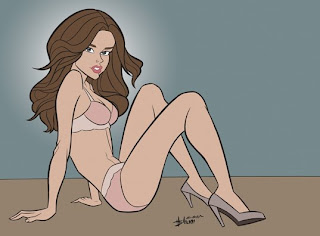 I haven't drawn Adriana in awhile and I was inspired by a recent photo.

Lately I've been listening to a crazy amount of The Ting Tings. I think everyone else should be too.
Posted by Howard Shum at 3:06 AM 5 comments: