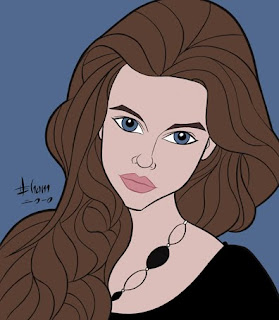 If you are wondering who the next big top model will be, wonder no more for it will be Barbara Palvin. Here is a drawing I did of her.
Posted by Howard Shum at 3:16 AM 1 comment: 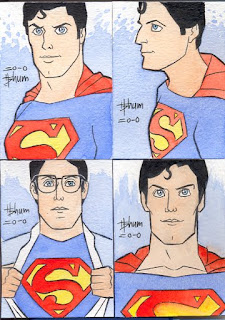 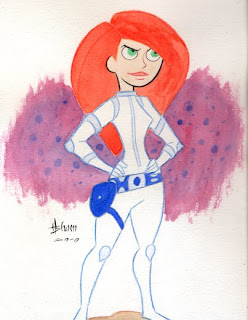 Here are some watercolor commissions of Christopher Reeve as Superman and Kim Possible in her battle suit that I recently did.
Posted by Howard Shum at 3:00 AM 5 comments: 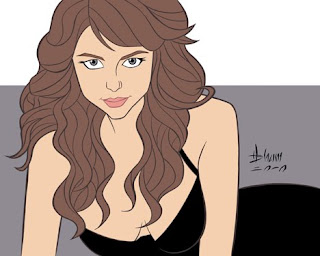 Here's a drawing I did of actress Lyndsy Fonseca based on a photo by Christopher Kilkus. Lyndsy is good in "Kick-Ass."
Posted by Howard Shum at 11:59 PM 2 comments: 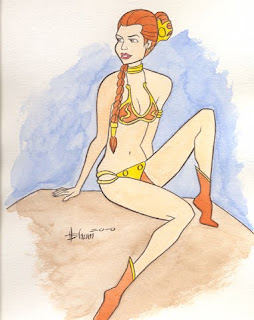 I saw "Kick-Ass" tonight. It's directed by Matthew Vaughn, written by Vaughn and Jane Goldman, and based on the comic by Mark Millar and John Romita Jr. It's about people (mostly kids) with no super powers who put on masks to become super-heroes. It stars Aaron Johnson, Christopher Mintz-Plasse, and Clark Duke. Chloë Grace Moretz steals the film as Hit Girl and Nic Cage is excellent as Big Daddy. It's a fun movie and has cool action. With this and "Stardust," Vaughn shows that he is good at adapting comics. Go watch it.

Here's a recent commission I did of Slave Leia.
Posted by Howard Shum at 3:26 AM 3 comments:

The Secret in Their Eyes

I saw "The Secret in Their Eyes" tonight. It won the Academy Award this year for Best Foreign Language film. It's written by Juan José Campanella and Eduardo Sacheri (based on Sacheri's novel) and directed by Campanella. It's about a retired cop who tries to write a novel. He thinks back to a case 25 years ago involving a rape-murder. I don't say this often so believe me when I say this is a cinematic masterpiece. Everything about this film is great. If you love films go watch this.
Posted by Howard Shum at 3:47 AM 3 comments: