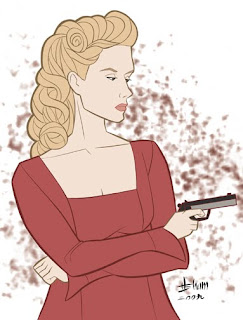 Best Film - “Avatar” Written and directed by James Cameron. Not only is this is a visually mind-blowing film, but it is also well acted and written. Cameron takes the time to set up the wondrous alien world and the characters and by doing so we connect with them and the environment. The all cumulates into an amazing achievement.

Best Director - James Cameron, “Avatar” Cameron has no peer. He moved up the measuring stick for films in terms of visuals and imagination. He gave people a reason to go to the cinema.

Actress - Michelle Monaghan. “Trucker” Michelle gives a great performance as a woman who doesn’t have the mindset to raise a kid.

Foreign Language Film - “The White Ribbon” Written and directed by Michael Heneke. Heneke brilliantly explores the roots of evil in a small German village right before World War I.

Screenplay - “Inglourious Basterds” by Quentin Tarantino. If the bulk of your movie is a bunch of people siting around and talking in a foreign language and it is still captivating, that’s got to be good writing and acting. I also like how Tarantino continues to ignore Hollywood screenwriting formula and take a novelistic approach to writing.

Cinematographer - Robert Richardson “Inglourious Basterds” This is also Tarantino’s visually best looking film. The shot of Mélanie Laurent as Shosanna in a red dress by a circular window is classic. The drawing here is of Mélanie.

Television Show Drama (tie) “Lost” and “Breaking Bad” Great writing and acting that takes chances and don’t rely on formula. The characters are affected by the situations they go through and don’t revert back to how there were as the show began like almost all other shows.

Television Show Comedy “Curb Your Enthusiasm” After all these years Larry David still has it. The show is hilarious and it was great seeing the cast of “Seinfeld” reunite. It was also interesting to see David’s creative process, albeit in a fictional way, of using incidents in his life for material.

TV Presenter - Alexa Chung “It’s On with Alexa Chung” I don’t why her show didn’t get renewed. Alexa is funny and managed to do goofy stuff on her show without being stupid.
Posted by Howard Shum at 3:09 AM No comments: 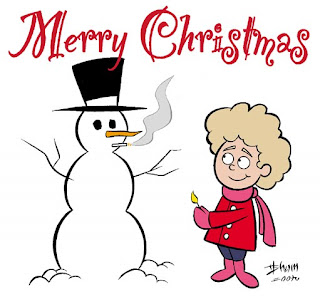 Merry Christmas.
Posted by Howard Shum at 3:32 AM 4 comments: 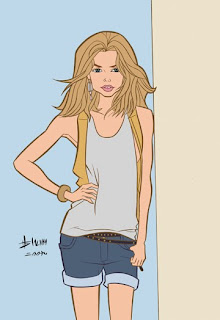 Here is a drawing I did of Jessica Hart.
Posted by Howard Shum at 3:15 AM No comments: 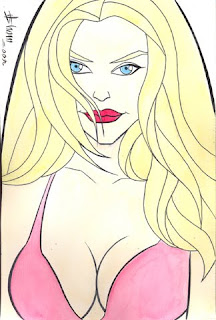 Here's a quick watercolor drawing I did of Candice Swanepoel.
Posted by Howard Shum at 4:38 AM No comments: 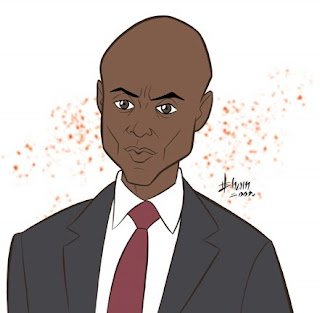 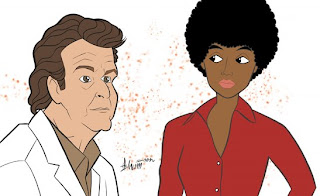 Here are some drawings I did of Lance Reddick as Agent Broyles and John Noble and Jasika Nicole as Walter Bishop and Astrid from "Fringe." John Noble is an underrated actor. As Walter he can go from whacky to pathos in a snap of a finger and it comes off as sincere.
Posted by Howard Shum at 4:32 PM 4 comments: